The Royal Historical Society published a report on Gender Equality and Historians in Higher Education early in 2015. Reports often come at the end of a process, but we believe the discussions about gender issues in higher education employment are still ongoing, and we’d like to invite you to take part in those conversations.

To get everyone talking, we are hosting a one-day bootstrapping event to initiate discussions about gender-specific problems in academia. The day involves talks in the morning, followed by an ‘unconference’ in the afternoon, in which participants pitch sessions on an issue that is important to them, and the audience decides which sessions go ahead. There will be plenty of opportunity to share your ideas, a non-hostile environment, and a positive, solution based approach that seeks to find practical ways that we can make a difference to the status quo.

If you’ve not read the report, or havn’t got it at the fore of your mind, we’ve extracted a few themes and recommendations that might act as talking points. For more, see the ‘Suggested Reading‘ page:

To keep the momentum going after the event has passed, we will be producing a ‘response’ to the report that includes ideas for practical solutions to the issues discussed on the day. All participants will be offered the opportunity to contribute to this final piece. 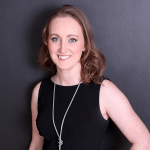 Jennifer Evans is a senior lecturer of early modern history at the University of Hertfordshire. Her research is focused on the body, medicine and gender and covers the period 1550-1750. To date her research has examined the understanding of infertility and its treatments in early modern England. Her first book is titled Aphrodisiacs, Fertility and Medicine in Early Modern England. You can follow her on Twitter: @HistorianJen and email her at j.evans5 which is a University of Hertfordshire account that ends with @herts.ac.uk.

Adam Crymble is a lecturer of digital history at the University of Hertfordshire. He is interested in higher education policy, and has contributed policy articles to Inside Higher Education and University Affairs magazines. Adam has worked or studied in Canada, the United States, and Britain. He’s naively convinced that the world can be changed if people put in the energy to do so. His research focuses on the history of migration and migrant experiences in eighteenth and nineteenth century Britain. You can follow him on Twitter: @Adam_Crymble and email him at a.crymble@herts.ac.uk.

Title Image Credit: ‘The First Day of School, Jean Baptiste Vanmour, c. 1720 – c. 1737’, available via the Rijksmuseum in Amsterdam. “A mother, accompanied by a group of women, brings her daughter to school for the first time. That the women are Turkish can be seen from their colourful clothing and the yellow slippers that sumptuary laws (dress codes) allowed only Muslims to wear. A servant carries the girl’s embroidery frame. Needlework was a favourite pastime of women in affluent Turkish circles. Slaves did the household chores.”